What is the Wing Position in Basketball?

You may have heard the term “wing” in the context of basketball quite often. This term is either used to refer to a player or a particular area on the basketball court.

Since the word has two meanings, it can be confusing for inexperienced players or new fans to distinguish between the two. As a result, people often misinterpret the terms and find them difficult to comprehend when taken out of context.

To help you out, we have provided all the relevant details in this article. Once you’ve learned the meaning, you’re one step closer to a slam-dunk!

So, let's clear up any misunderstandings you may have concerning the basketball phrase "wing." Not only will you distinguish between the terminology after reading this article, but you will also have a better understanding of the game!

Wing Area on the Basketball Court

Outside of the free-throw lane, the wing area on a basketball court typically extends from baseline to baseline. So, everything on the court except the painted area is considered a part of the wing area.

The full-court wing and the traditional wing areas on the basketball court are the two types of wing areas. 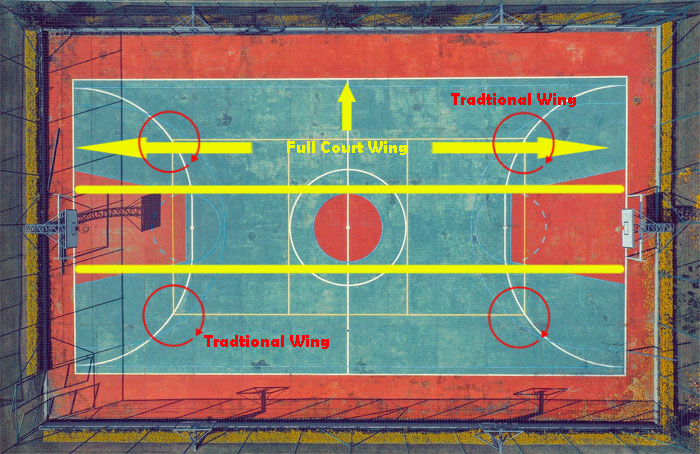 The coach can efficiently communicate his message to the players, thanks to these designated wing areas. In addition, these regions are crucial for offense play because passing the ball to the wing players creates more space and makes scoring easier.

All in all, it's an excellent position for passing the ball, with fewer opportunities for the opponent to track it down. All players must understand the relevance of the wing region to improved performance.

Wing players are often the most talked-about players in a basketball game. This is because they typically possess the necessary skill level to play in the wing positions mentioned above.

Shooting guards and small forwards, sometimes known as swingmen, are the best candidates for this position.

So, let's take a closer look at these players and learn more about their abilities and strengths.

The shooting guard is a key player since he is in charge of setting the tone and scoring points.

Usually, these players excel in all three aspects of the game: defense, passing, and rebounding.

Skills of a Shooting Guard

A shooting guard has a wide range of abilities, and his team is typically reliant on him. As a result, he must be ready for a variety of unexpected scenarios to respond quickly.

Thus, it is an all-around position that demands a great deal of effort and dedication on the part of the player.

Some of the critical skills of a shooting guard include:

Because the shooting guard plays such a crucial part on the team, he must be capable of filling the skillset of a point guard. 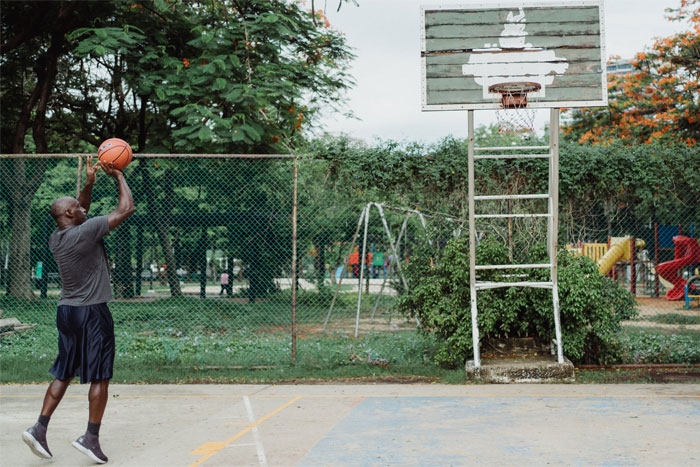 Strengths of a Shooting Guard

Shooting guards have a broad range of talents to play well, but they must have specific distinguishing characteristics that make them unbeatable.

A shooting guard must possess the following qualities to be a good basketball player.

2. Small Forward as a Wing Player

The small forward position is given to the team's shorter and speedier players. They are highly versatile players who can play in various positions and are stronger than the guards.

A small forward player attempts to develop positive relationships with his teammates and leads the team.

Skills of a Small Forward

A small forward player is expected to adopt several roles in the game depending on the situation and mood of the game. These players usually have a strong personality and a good command of their team.

Most of the time, they are the ones that keep the whole squad together.

A small forward player attains this position due to his versatility and sense of judgment. All in all, he is an intelligent player who keeps the entire team moving.

Strengths of a Small Forward

To succeed as a good small forward, you need to have a few essential qualities:

You need to be familiar with all the positions and terms used in basketball to be a good player. We hope that this article helped clear any confusion you may have had about the wing area and wing players.

So now, what are you waiting for? Go out there and shoot some hoops!