Physical characteristics matter in sports, not always, but most of the time. In sports like basketball, height and wingspan are two main aspects that can set a player apart, especially as a point guard.

However, this does not mean that not having the height advantage will cause a specific setback to the player. Point guards have done well with a below-average height in NBA history, and this article is not about them. Instead, it is about some of the tallest point guards in NBA history.

So, are you wondering who are the past and current tallest point guards ever? If so, then here's a list for you. Let's get to it!

Ben Simmons is the Sixers' point guard and originally belongs to Australia. He has an impressive height of 6'11", making Simmons stand much taller than the average height of an NBA point guard throughout history. 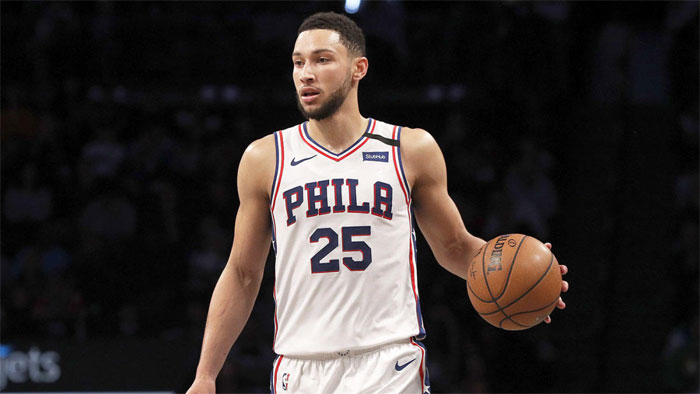 Although Ben Simmons may not have had the best performance in the 2020-21 season of the NBA, he played a major role in keeping the Sixers in the game.

Plus, he is the tallest point guard in the NBA right now and has given a clap-worthy defensive performance, especially since there aren't many good defensive players in the NBA.

At an impressive 6'9", Kyle Anderson is currently one of the tallest point guards in the NBA. This front guard for the Grizzlies has displayed some strong performances during the 2020-21 season.

Plus, Kyle has an exceptional grasp on moving the ball through the flow of the offense and creates play at both ends of the court. However, his contract with the Grizzlies is soon expiring in 2022. So, it is yet to be seen if Anderson will continue with his current team or move on.

With a booming height of 6'9", Johnson is a point guard for the Los Angeles Lakers. His court vision, dribbling, and passing skills made him one of the best point guards of all time.

Johnson led the Lakers to win five championship rings, and he won 3 MVP awards. He was an all-star for the NBA 12 times. He was NBA's all-time leader in assists per game in a single season with 11.2 and was an Olympic Gold Medalist with the Dream Team in 1992.

Tracy McGrady was a skilled basketball player for the Houston Rockets at the forward-guard position. With a height of 6'8" and a weight of 225 lbs., Tracy McGrady had an average of 19.6 points per game, 5.6 rebounds, and 4.4 assists per game. 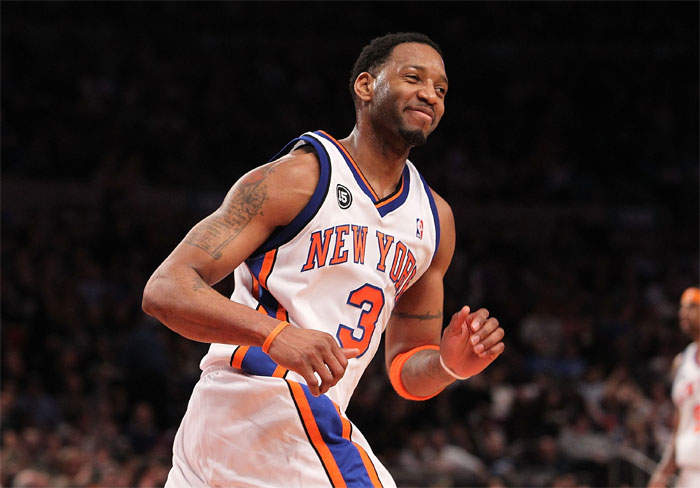 McGrady has won seven All-NBA honors, seven all-star selections, and two NBA scoring titles. He also won the award for the Most Improved Player in 2001. In 2017, he was inducted into the Naismith Memorial Basketball Hall of Fame.

McGrady is often included in the best basketball players of all time. Sports Illustrated listed McGrady as one of the 20 players in the list of 50 Greatest Players in NBA history.

Scottie Pippen was the NBA player for Chicago Bulls at the forward-guard position. He stood at 6'8" and weighed 228 lbs. He had an average of 16.1 points, 6.4 rebounds, and 5.2 assists per game.

Pippen was widely known for his defensive abilities and was a part of the NBA All-Defensive Team for ten consecutive years. He was once described as a "one-man wrecking crew."

Pippen is one of the only three players in NBA history who has a record of 200 steals and 100 blocks in a single season. He also holds the record for second-most career steals in the playoffs. Pippen is one of the greatest defenders of all time and one of the most versatile and agile players to emerge.

Team: Atlanta Hawks and several others

Steve Smith was an NBA player who played as a point guard for the Atlanta Hawks. He stood at a striking 6'8" and weighed 221 lbs. Due to this, Steve had an average of 14.3 points, 3.2 rebounds, and 3.1 assists per game.

Moreover, he played during his college days as well with Michigan State. After that, he was a part of several teams for his 14-season NBA career.

Also, Steve was the point guard for the Miami Heat, the Portland Trail Blazers, and San Antonio Spurs. Now, he is a basketball analyst for Turner Sports.

Furthermore, Smith won a championship with the San Antonio Spurs in 2003 and is an outstanding three-point shooter. Smith is also one of the only three players to make seven 3-pointers in a quarter. He was a part of the Michigan State's Athletics Hall of Fame in 2001.

Moreover, in 2000 and 2008, Kidd won gold medals for the US on two separate occasions. He ranks third in the NBA for regular-season triple-doubles. He was one of the best passing and rebounding point guards ever in the history of the NBA by ESPN.

The game's nature is diverse, and the more rational you're with strategic thinking, the more it'll be on your side. Even though height is a significant factor for a point guard position, it is not the only attribute needed for a strong leading game and history-making career.

In fact, it was only once when someone above seven made it to the point guard position but above six feet are pretty common. Plus, being a professional and a champion at the art of basketball requires the players to remain active, alert, and use the height to their advantage.

You might also like: Can Short People Play Basketball? Find Out How Height Impacts a Game of Ball