Who is The Shortest NBA Player to Dunk? (And a Few More)

Dunking the ball in basketball is a hallmark move for many of the gigantic players on the court.

It’s something people tend not to look for from shorter players. It requires the player to jump high into the air to get their arm above the rim to slam the ball through the hoop.

Regardless of height, a dunk is considered an impressive feat. However, the shorter the player, the more skillful the move becomes.

For this reason, Spud Webb is a well-known name amongst basketball fans for being the shortest NBA player to dunk in the history of the association.

The Making of a Legend

At 5’7” Spud was not the shortest player to ever play in the NBA. Indeed, Spud was four inches taller than Muggsy Bogues.

However, Muggsy never performed a dunk during an official NBA game. While the shortest player, who was only 5’3”, insists that he can dunk (a claim backed up by witnesses), he never found a reason to during a game. For that reason, the shortest NBA player to dunk is considered to be Spud Webb.

Spud never let his height stand in the way of his professional career. He played with several teams as a professional basketball player; however, he was first drafted by the Detroit Pistons in 1985.

Spud's agent, Bill Blakely, arranged for him to try out for the Atlanta Hawks, where he outperformed several other players and made the team. He played six seasons with Atlanta Hawks before they traded him for Travis Mays in a swap with the Sacramento Kings.

By this time, Spud had become well known for his speed and confidence. Rumored to have a vertical jump of 42-46 inches, he had already proven several times that his height wasn’t an issue by performing some amazing dunks during some of his games.

Spud went on to play for the Kings for three years, from 1992 to 1995. His time with the Sacramento Kings ended when they traded him for Tyrone Corbin. He then ended up back in Atlanta with the Hawks.

However, he stayed there for only a year before moving to the Minnesota Timberwolves. Spuds career ended with one last transfer to Orlando Magic before he retired from professional basketball.

However, about ten years ago, Spud proved he could still dunk with the best of them even though he was 47!

Spud became so well known for his dunks that he was nominated as an NBA All-Star to compete in the 1986 Slam Dunk Contest.

The slam dunk event is one of the fan favorites during the NBA All-Star games. In it, three players face off to perform the most creative dunks. Each player competes in two separate rounds.

Spud Webb’s participation in the contest was nothing short of outstanding. Even his own teammate, Dominique Wilkins, who had not previously seen Spud score a dunk, was led to believe Spud hadn't actually practiced or prepared before.

During the contest, Spud performed an array of impressive dunks, including:

Spud Webb won the contest by defeating Dominique Wilkins by two 50-point scores in the final round, becoming the shortest player to ever win the competition.

Other Short Players to Dunk

His career started with the Knicks in 2005. He continued to play until 2018, when an injury forced him to retire.

Allen Iverson would be considered average height on the street. However, on the court, his 5'11" was short in comparison to the other players. Iverson started his professional career with the Philadelphia 76ers, spending ten years with the team from 1996 to 2006. 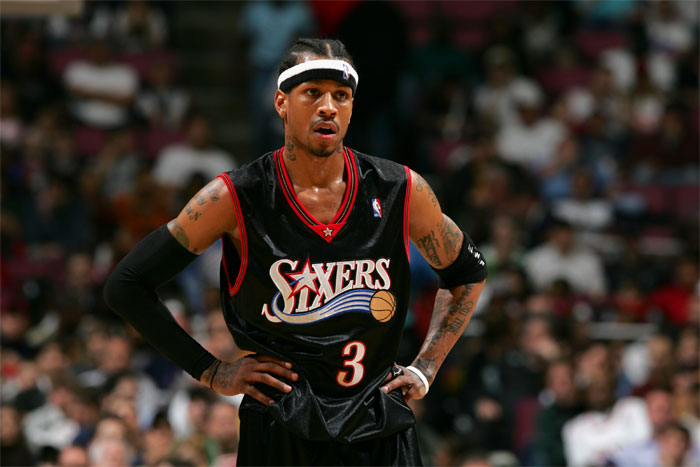 The NBA Hall of Fame inducted him in 2016 for his outstanding performances during his two decades as a player.

Ty Lawson is another NBA player who has constantly pushed limits and taken advantage of his athletic ability and hard work to outshine taller players.

At 5’11”, he isn’t the tallest NBA player and not the best by any means, yet Lawson has shown to set boundaries constantly for other players to beat.

The NBA drafted him in 2009 and started with the Denver Nuggets, where he stayed till 2015. Lawson moved through nine other teams over the years and is currently a player for US Monastir.

Though not an NBA player, William Easton wins a spot on our list as an honorable mention. The 5’2” basketball player had an amazing 50-inch vertical jump that allowed him to dunk. His athletic prowess was awe-inspiring, and he could have gone on to have a formidable career in the NBA.

Unfortunately, Easton passed away in April of 2021 after he was involved in a car crash. His career never progressed beyond the college level when he played for Wilberforce University.

Making a dunk shot as a short player is demanding and requires hard work and dedication. Spud Webb achieved all these and more.

Webb is an inspiration for all short basketball players looking to start a professional career in the field. At only 5 ft 7” tall, Spud proved that dunking wasn’t just a tall man’s game. He went on to solidify that claim by winning the 1986 Slam Dunk Contest.

Related: How Tall Do You Need to Dunk a Basketball?