What Is a Carry in Basketball?

Carrying is a term you might not have heard of often when watching basketball, especially in modern times. It is a rule that is less well known by fans who have not played professional basketball.

A carry is when a player stops dribbling, brings a momentary halt to the ball, then continues dribbling. This hesitation and stop in the players’ movement are against basketball rules.

However, carry violations have drastically reduced over the years. Today, referees rarely call out players for breaking the rule. While some have argued this reduction is present due to the players being more experienced, several controversies have emerged.

What Does the Carry Rule Mean in Basketball?

The position of the holder's hand on the ball can characterize if a move is a carry or not.

If the player’s palm is halfway under or entirely beneath the ball, it is classed as a carry and is illegal. However, we usually only see this among middle and high school players who aren’t completely familiar with the rules.

If a player stops dribbling the ball, he must either perform a layup, dunk, or pass the ball to a nearby teammate. All other occasions when the player holds the ball in hand are illegal.

A carry is most obvious among young players who are still learning and hesitate when making a shot. In high school and college games, this violation has mostly become obsolete.

The penalty for a carry is a turnover. The referee hands the ball to the opposing team at the location of the violation. 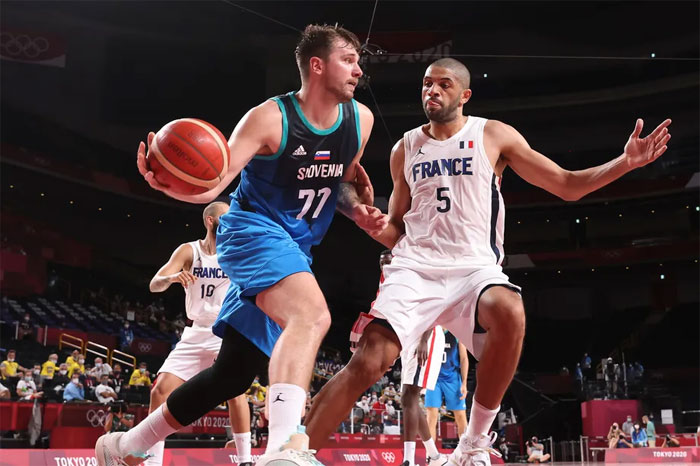 Combinations of a Carry

Due to the nature of the violation, it is a combination of several other game infractions. Since these other violations are so similar to the carry, the referee may label the carry as another infraction. The two most common forms of this are the combination of a carry with the double-dribble and traveling violations.

The Double-dribble violation occurs when a player dribbles the ball with both hands or stops dribbling then starts again. It is most prevalent in elementary and other young players.

Since the player brings the ball to a momentary rest and then starts dribbling again, it may be either called a carry or a double-dribble. The penalty for both violations is a turnover, so the final decision doesn’t make a major difference.

Officials identify the carry violation when a player takes too many steps on the court without dribbling. If a player brings the ball to a stop in their palm and continues to travel, the referee will label the violation as traveling.

In some cases, the referee may call both violations, carry and travel. However, it doesn't make a huge difference, as the penalty for both is a turnover.

Do NBA Players Get Away With Carrying the Ball?

A common controversy NBA and other professional players face is that they carry the ball. Spectators take note of the movements and claim a player has palmed the ball, even though the referee doesn’t make the call.

In some cases, this is simply a frustrated fan trying to defend their favorite team after a critical play. But in most cases, this is true, and NBA players actually do get away with carrying the ball.

A player might scoop their hands underneath the ball after a dribble without shooting. Doing so is not allowed and is a violation of game rules. Another instance is when players grip the ball with their fingers and bring it to a brief stop, this also goes against the rules.

However, this doesn’t mean the referees are biased and favor one team over the other. Usually, the game moves at such a fast pace that it is impossible for the officials present to notice the slight hand movement.

In some cases, the referee may notice but not call the unjust move. This disregard can be to maintain the entertaining aspect of the game.

An important factor to note is that when referees ignore this violation, it usually doesn’t affect the game’s final winner. Bringing the game to a halt in such instances will only make it uninteresting for the onlookers.

How Can You Identify Carry Moves in Basketball?

Many professional basketball payers regularly perform various tricks and moves that violate the carry rule. Sometimes, the referee may whistle and put a stop to these, and other times, they may not. It depends on how rapidly the match progresses and if the carry made was blatant.

The offensive player with the ball attempts to feign shooting in an attempt to off-balance the opponent. To do so, the player must hold the ball in both hands and pretend he is about to take a shot.

If not done carefully, this can result in a carry violation. NBA players and other professionals are usually so skilled that they manage to pull it off in a split second.

Carrying out shot-fakes so swiftly is enough to throw off the defender and give the offensive player an opening without violating any rules.

Also known as the ‘Hesi,’ this move requires the player to slow down his dribble and move his other hand as he would when making a shot. The player tricks the opponent into believing that he will throw the ball towards the hoop.

Once the player slows the ball enough, he raises his other hand, and when it is partially on the ball, the shooter restarts dribbling. This move makes the defenders either jump or reacts appropriately to a shot, giving the players on the offensive a chance to get past.

However, a slight hesitation or a hand slip could completely mess up the trick and result in a carry violation. The player might accidently palm the ball instead of only pretending to do so.

One of the most popular and controversial basketball moves is the crossover. It is said to be a blatant carry violation, but skillful players have legally performed it over the years.

Like the other moves on the list, the crossover involves tricking the defender into believing the player on the offensive is moving in a particular direction. For example, the player with the ball moves to the left but shifts the direction of the ball mid-dribble towards the right.

One of the most skilled players at this move was Allen Iverson. Critics labeled him a cheater, claiming his trick required carrying the ball. When Iverson became a Hall of Fame player, he said, “I carried my crossover all the way into the Hall of Fame.”

The Legend of Crossovers

Allen Iverson is one of the best players in basketball history. In his rookie season of 1997, he became a star, overtaking Michael Jordan. Often, people believe his crossover is a carry in basketball because the move is confusing yet amazing.

A crossover from Iverson is an extensive but fast and exaggerated move. It moves from left to right, and his defense blows it away. Iverson takes the credit as the inventor of the crossover move. He personally feels these upgrades are vital to his playing and competitiveness.

When a player commits a violation, it will be up to the referee to determine whether it has occurred.

This unique dribbling technique still faces many controversies and conflicting opinions. Nevertheless, NBA rules prohibit any form of carrying, and even Iverson himself has previously admitted that his crossover was illegal.

Despite this, he is famous for that skill and currently stands tall in the Hall of Fame.

What is the Difference Between Traveling and Carrying?

Some people consider carrying to be a form of travel. This is true because you may move your pivot after the ball comes to a stop.

The ball will stop or change direction as a result of this motion. 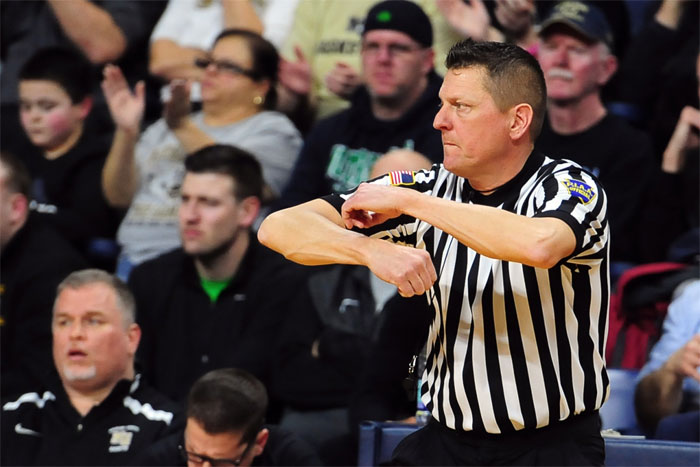 A player is considered traveling during a basketball game when he takes more than two steps after gathering the ball.

Is Carrying and Double Dribble the Same Thing?

A player who double dribbles does so after stopping and starting their dribble with one or both hands. The referee might call out the player for a double dribble violation if he takes up his dribble and then starts another. In some ways, that is similar to a carry violation.

It is technically a carry violation when the dribbler stops the ball with his hand below it, then resumes dribbling. In other words, it is a double dribble.

There is also the possibility of a carry if the ball does not stop completely. However, the player can only change the ball’s natural direction by using his hand.

In this case, a player must carry the ball from point A to point B and then dribble the ball again. It is a simple trick to perform if you have played the game for long.

How to Dribble Without Carrying?

Keep your palms on top of the ball to ensure the referee doesn't signal you out for violating the carry rule. You can dribble the ball as high or low as you want, as long as your hands stay above it.

While many professional players test the waters and dribble the ball from the side, new players are better off not attempting this. Don’t try the trick during a match unless you are skilled enough to pull this off without attracting attention.

Here are some weighted gloves that help improve dribbling skills.

You won't see referees calling out players for violating the carry rule. Officials don't strictly enforce it, and players usually get leeway when performing tricks that require carrying.

Carrying or palming is when players move their hand below the ball, bringing it to a momentary stop.

Several tricks test the borders of the carry violation, including the crossover, shot fake, and the hesitation dribble.

Referees may call out players for other similar violations to the carry as well. These include the double-dribble and traveling offense.