Why did Basketball Shorts get Longer? History of the NBA Uniform

Sports uniforms have continuously evolved to improve their functionality, whether it’s introducing padding for safety or breathable materials for support.

Basketball shorts, however, are one of the rare exceptions, as the giants of each generation influence shorts trends.

So why did basketball shorts get longer? Many credit Michael Jordan as the one who started the style, and it became the standard when more and more basketball stars followed suit.

How Did the First Basketball Shorts Look?

Before creating basketball uniforms, people played the sport in any athletic attire, from football uniforms to tracksuits. 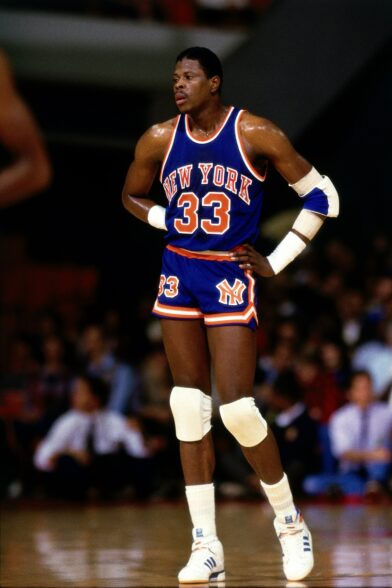 By the 1920s, the longer bottoms evolved into medium-length shorts, and many favored a more breathable nylon/ polyester blend over the traditional, heavier wool fabric in the 1930s.

It wasn’t until the 70s and 80s that we see the infamously short and form-fitting attire, which mirrored the general fashion sensibilities of these two decades. This style became the standard in the NBA, that is before Jordan came along.

Michael Jordan graced the NBA stage and joined the Chicago Bulls in the mid-80s.

Believing it brought him good luck, Jordan had a habit of wearing his University of North Carolina shorts over his team’s official attire. 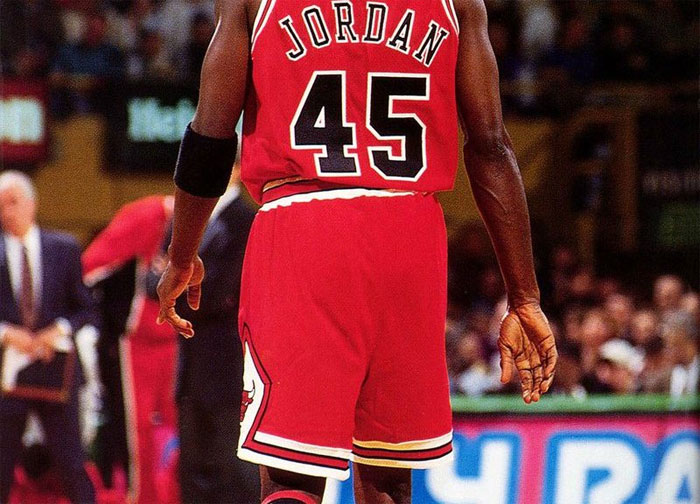 However, the Bulls’ shorts were too short and tight to fit both uniforms, so Jordan requested the manufacturing company, Champion, create a looser, knee-length fit in 1984.

In another story, His Airness asked for a dropped seam to alleviate his tendency of tugging on his shorts while playing defense.

By the 90s, basketball shorts transformed into longer, baggier pieces. Hip-hop culture played a role in this growing trend, where the long, loose-fitting shorts and brighter team colors and designs resembled a rapper’s style.

Why Did the Fab Five Wear Longer Basketball Shorts?

While Jordan broke the mold and started the trend of longer shorts, many say that it was the Fab Five that cemented their use on a global scale.

They received plenty of media coverage not just because of their court success but also for their unfiltered attitudes and controversial takes on the basketball attire.

The team wore black high socks – which was unheard of at that time – and they would pull their shorts lower to lengthen them and “be like Mike.” 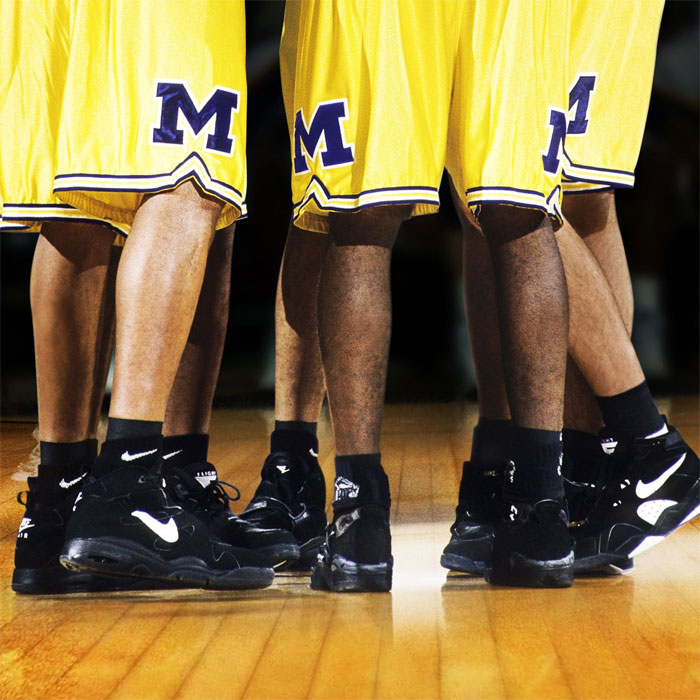 Soon after, their uniforms received an overhaul as the whole team requested their shorts to be at least two inches longer.

The Fab Five’s popularity, combined with the media attention, helped make the baggier uniform even more common among pro players.

When Did the Longer Short Become Official NBA Attire?

The change between short to long wasn’t exactly a smooth transition. In 1997, the NBA introduced a rule that required uniform bottoms to be at least an inch above the knees, and the establishment fined players who went lower.

Fortunately, the association soon revoked the rule, and the standard basketball shorts had an 11-inch inseam length by the 2000s.

Utah Jazz point guard John Stockton made NBA fashion history by being the last pro player to maintain the short, slim-fitting look until his retirement in 2003.

At the turn of the 21st century, uniforms became more and more loose and oversized. The shorts may look good on the court, but they take a hit in terms of practicality. The excess material makes them heavier, and it also affects aerodynamics.

Despite these concerns, however, this became the dominant style for years to come.

In the late 2010s, the lengths began receding once again. These shorts reached mid-thigh length and sported a more clipped design, but they’re still a far cry from the original uniforms.

This closer cropped fit is more comfortable and allows more freedom to move, making it better for playing. It also complements the era’s athletic and urban aesthetics.

Basketball legend LeBron James debuted even shorter shorts in 2015, which heavily contrasted against his colleagues’ looser fits. Currently, his uniforms seem to have a custom-fit look.

Besides being his ideal fit, James explains that he also wants his choices to influence other players in terms of how they present themselves, emphasizing acting and looking more professional.

Even Jalen Rose, a member of the Fab Five and ESPN’s NBA analyst, deems that “the baggy shorts had its run” as “it’s been 20 years.”

Why Do Short Lengths Keep Changing?

Practicality and current aesthetic trends both motivate the choices that pro players make when it comes to their shorts. But we also need to consider the effects of celebrity on fashion.

NBA athletes are essentially superstars in their own right. With magazine spreads, brand and designer collaborations, and endorsement deals, big names in the game are widespread.

As LeBron mentioned, some who look up to him might eventually favor the more “professional” look of a form-fitting uniform.

How Long Were Shorts Throughout the Years?

Here’s a recap of the basketball short lengths in each generation:

The 1920s: The original attire evolved into medium-length shorts.

The 1960s: This era sported the shortest look where bottoms were about three inches long at the inseam.

The 1980s – 1990s: Thanks to influential players, basketball shorts grew to five inches during these two decades.

The 2000s: This decade sported the longest short at 11-inches, and pro-NBA players mainly wore ones that were past the knees.

The 2010s: The inseam length slightly receded between eight to ten inches with slightly tighter fits.

Present: Today’s inseam lengths can widely vary depending on the player, anywhere from five to nine inches.