9 Fun Basketball Games for Kids of All Ages

The role of basketball is more than just competitiveness and goal scoring. It can be a fantastic game to teach your children about the value of discipline and collaboration.

Hence, teaching basketball games to youngsters is an excellent strategy to instill these qualities in them.

In this article, you'll learn about various fun basketball games for kids to play. Not only will these games improve their talents, but they also ensure that your children have a good time.

Instead of playing on particular teams, any number of children can play the following basketball games.

Another advantage is that some of these games do not require the use of a basketball court.

So, the children can play these games in your backyard, front yard, or driveway. 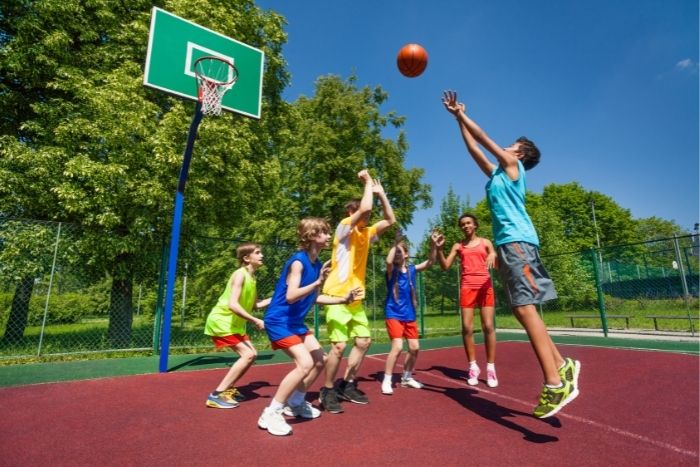 Dribble knock-out is a fun game to play if you want to teach your kids how to handle and dribble a ball, as well as balance eye-hand motions.

There's no need for a basketball hoop, but you'll need two or more kids to play this game. Also, each player should have their own basketball.

Knock-out is a more advanced variation of the dribble knock-out. It's a popular children's game that requires basic knowledge of shooting a ball through the basketball hoop.

Since you only need to remember a handful of rules for this game, it isn’t too tricky for kids to learn. The goal of this game is to educate children on how to play under pressure while having fun.

Plus, it allows them to get a lot of practice shooting the ball through the hoop.

Playing O-U-T or H-O-R-S-E is an excellent way for youngsters to improve their shooting abilities. Both games are pretty similar and have the same instructions on how to play them.

The requirements include having two or more kids and a basketball hoop. 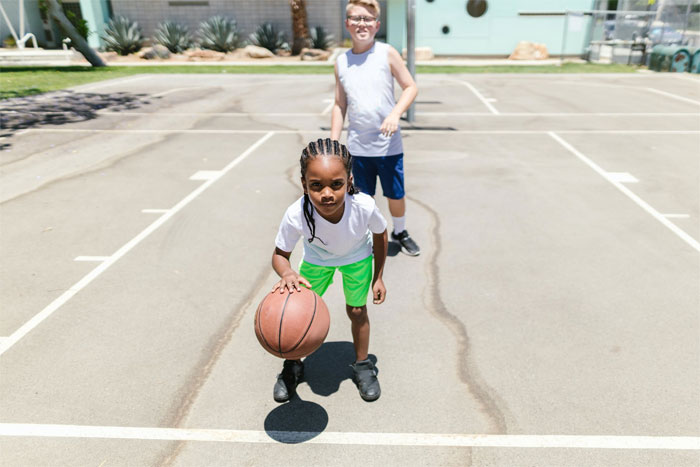 Shooting is one of the basic skills needed for playing basketball. Check out what other skills are required by clicking here.

Relay racing is a fun game that teaches children how to dribble correctly and allows them to improve their ball-handling skills.

The requirements include basketballs and five or more kids. Moreover, having more kids participate in this game will make it more interesting. 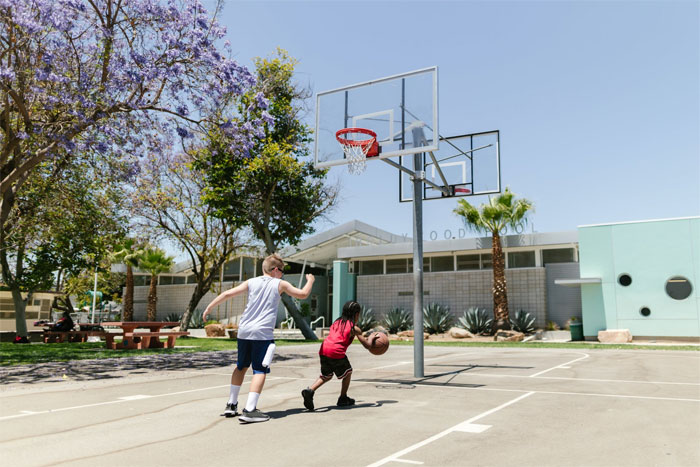 This game on our list helps youngsters learn how to handle and defend their ball, which is necessary while playing basketball.

Basketball tag is essentially the conventional game 'tag' with the addition of a basketball. The game must be played on a basketball court with marked lines like the baseline, three-point line, etc. 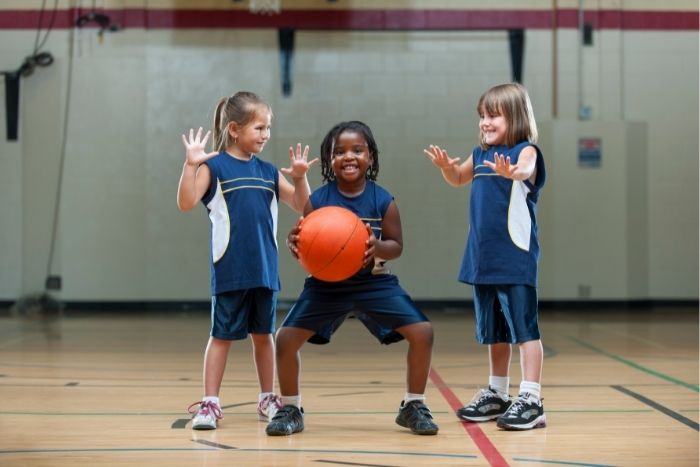 Shark and Minnows teach kids of all ages how to defend the ball and keep it under control while on the basketball court. It's similar to basketball tag but has many rules that are pretty different.

Furthermore, having more players to engage will increase the likelihood of kids having more fun. 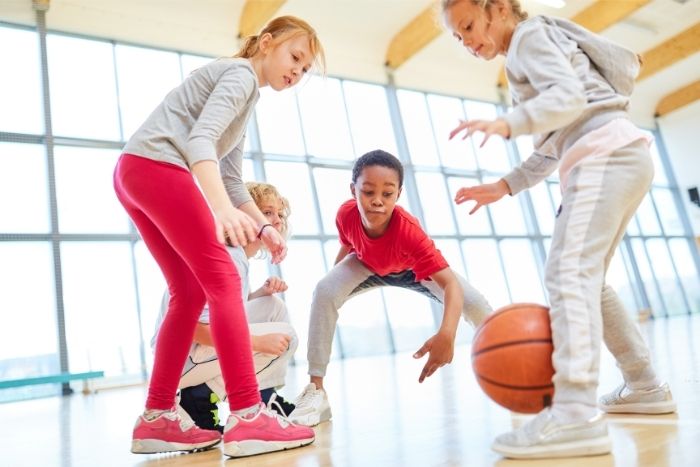 “Around the World” is a game that seeks to enhance kids' shooting skills. It is just as crucial to learn how to shoot a ball into the basket as it is to master how to dribble.

Not only that, but youngsters also practice shooting into the hoop from various locations on the court. Hence, this game is best played on a basketball court with well-marked lines.

To understand it better, watch this video.

"Red Light, Green Light" is a classic game that has been popular among youngsters for several years. And if you’re terrified of the game after watching Squid Game, then well, we don’t blame you.

But with the addition of a basketball, this game can turn into a fun activity for kids to learn ball handling. Also, kids can easily play this game in their backyard or driveaway as it doesn't require a basket.

Swishes or swishers, in basketball, are shots that pass through the basket without coming into contact with the basket's net or rims.

Furthermore, it takes a lot of practice and consistency to master. Hence, teaching it to kids from a young age can assist them in making great shots.

There are no strict requirements on the number of participants. Only two players can play this game as well. However, if more than six kids play, forming two or more teams will make the game more interesting. 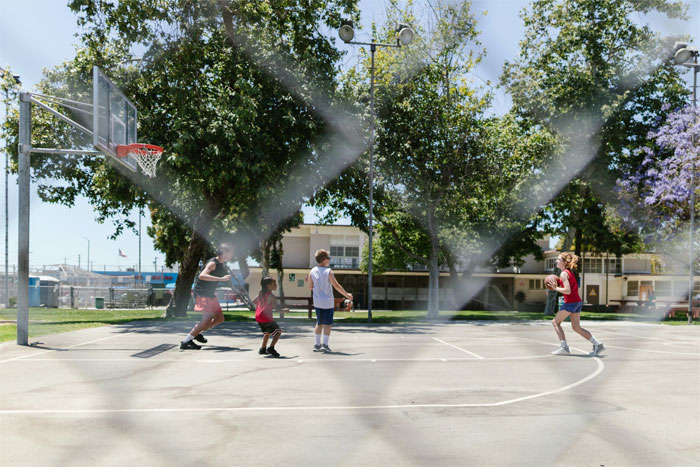 Several basketball games for kids will spark their interest and allow them to have a wonderful time with their friends.

In addition, these games will prove to be beneficial for them in the long run, as they teach teamwork.

Furthermore, it will teach them the skills of ball handling, dribbling, defending, and scoring shots.