What Is an Assist in Basketball?

Other than the main basket score, assists in a basketball game also count. Everyone admires good assists much as the backbone of brilliant goals.

You may have often seen that the players with more career assists are better players. Also, the team with more assists in a game receives much praise, whether they win or not. It seems that assists are a refreshing approach in basketball.

What exactly is assist in basketball, and why is everyone talking about it? So, let's see the brief answer to this question without further delay.

Definition of Assist in Basketball

An assist in basketball means a pass that directly makes a score. The last person to pass the ball to the goal-scorer who immediately makes a successful shot gets the assist point.

If many people have passed the ball before it hits the basket, the last player who passes to the scorer will get the assist point. As the name indicates, it is a pass that "assists" in making a goal. 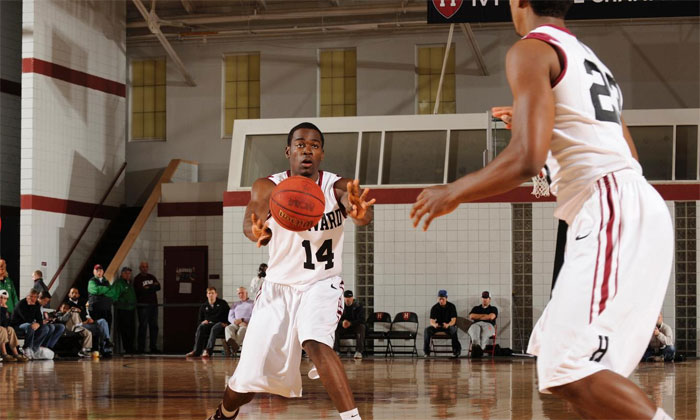 The goal can result in a two-point or three-point score for the team. 25% of this goal goes to the assist player, and the rest 70% credit is for the goal scorer. The same player who made the goal can't make an assist at the same time.

It is not just a random "pass." Instead, an assist is a well-calculated shot that makes it past the defense and sets up the goal by choosing a player at a perfect position to score.

When a player passes the ball to another team member who the opponent team then fouls, it is a free throw assist.

The other team must make a foul within four seconds or before two dribbles for this type of assist, and then the person needs to make at least one free throw.

This type of assist is not something to reward. Generally, a player cannot touch the ball when it touches the rim. In that case, if a player does that, it will result in an illegal assist, and the other team gets a free throw.

Why Is Assisting Important in Basketball?

Assists are one of the crucial match-winning tactics in basketball because it immediately results in a basket. When team members know when and where to pass the ball, it will eventually result in good teamwork and more baskets.

Experts appraise the person with a higher level of assists as a good motivator. They critically judge to dodge the defense and pass the ball to the player most likely to score. This indicates the player's sincerity with their team. They're not selfish and lift others up with great goal-scoring passes. 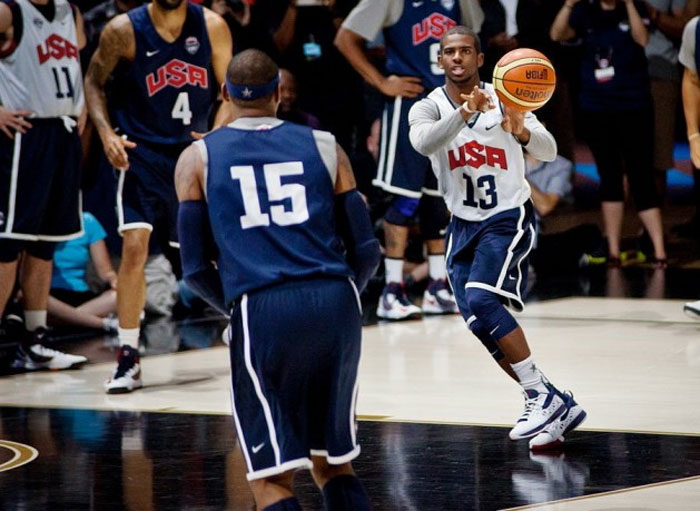 For a team, more assists mean more baskets. A team with more assists in a game indicates better teamwork. It shows that more players are sincerely passing the ball to each other and do not care for their individual ratings.

As they all say, teamwork makes the dream work!

Let's not forget that assists count towards the tally for a double-double and triple-double.

Why Is Awarding an Assist Controversial?

Assist is a subjective score in basketball. Especially in the NBA, it is not a fixed score and is rewarded if the pass seems helpful for the team. The scorekeeper judges whether the pass qualifies as an assist or not.

However, many basketball enthusiasts do not follow the scorekeeper's final decision. Thus, there can be a difference of opinion on this matter.

As there are no clear-cut rules for an assist, it is easy for a home-statistician to favor the home team players and intentionally pass wrong judgment. This is why rewarding the assist has always been controversial in many games.

Though basic rules are present, there may be some not-so-obvious assists where it is a judgment call. Not all players or experts may agree to the decision made.

Moreover, there are many basketball leagues, and each one has its different rules for assisting. Though general guidelines are similar in every club, there may be some complex scenarios for which the rules differ.

For example, the NBA does not count the assist of a fouled player, while FIBA does count it. Thus, there is much room for debate and controversy.

What Is the Rule of Assist in the NBA?

As per the National Basketball Association (NBA) rules, an assist counts for a pass only if the goal scorer directly makes a field goal with it. He "must immediately move towards the basket" to score, and he must make the field goal in less than two dribbles.

Only one player can get an assist (if there's any) for each basket made. Inbound passes can also count as assists if it directly leads to a goal. An inbound pass is a play that the player restarts from the boundary line.

Plus, if the passer makes a foul, he does not get an assist as per the NBA rules. However, FIBA does count it as an assist. Besides these rules, an assist is subjective in the NBA as per the statistician's decision.

When Is Your Assist Not Counted in the NBA?

If the opponent team fouls the passing player, the assist doesn't count. Moreover, winning a penalty or a free throw does not reward an assist in any basketball game.

Generally, if a player passes the ball to the scorer who has to make his way to the basket, it may not count as an assist. In this case, the pass did not help the person directly make the field goal, and, therefore, no assist is present.

Which Player Has the Most Assists in the NBA?

John Stockton from Utah Jazz holds the record for the highest number of total assists in a basketball career. He scored 15,806 assists in his basketball journey and is considered one of the greatest players and point guards of all time. Due to his brilliant strategies, his team qualified for playoffs in each of the 19 seasons he played.

Yet, if we talk about most assists in one match, Scott Skilies holds the title of scoring the highest number of assists (30) in a single NBA game.

How Many Dribbles Are There in an Assist?

Generally speaking, an assist counts when a player passes the ball to the scorer who makes the goal in less than two dribbles. This assures that the player's pass was helpful for the basket.

Note that all the clubs calculate the assist score subjectively. It means that the exact number of dribbles may vary, and there is not a fixed number rule in any league.

Which Players Get the Most Assists in Basketball?

Point guards are most likely to get assists as they are close to the goal scorer and around the basket. After point guards, center position players get more assists. It makes a perfect angle to pass to the scoring player at this position.

You may also like: What Position Should I Play In Basketball?

There is no doubt that only teamwork makes the team win big leagues. One of such great examples of partnership is the total assists. Despite all the controversies, assists are crucial. They indicate good communication between the team players and help bring the cup home.

A player who knows how to assist a goal is one of the best strategists for the team, and only great players know how to rock this technique for the team's benefit. When counting prominent basketball techniques, don't forget to add assists to the list.